A downloadable game for Windows and macOS

Yolk is an exploration game where the player takes on the role of Yolk, a small egg-like creature.

Yolk wakes up one day and begins exploring the jungle. They see their reflection in a waterfall, a rotund friend with leaf hands and triangular ears.

Continuing through the vast forest, Yolk discovers what an egg is. They also see that eggs can hatch and a new creature emerges out of the shell to live a new life. Yolk thinks... they look just like the egg and freaks out.

Yolk comes to the conclusion that they are.... an egg.

Yolk's new goal is to create a safe environment for the pal possibly inside of them. It will need a home, a source of food, some friends, and protection from predators who are looking for a snack. The player does this by talking to an original cast of characters, collecting items, and traversing the sprawling, leafy jungle. Will you help Yolk prepare for the biggest moment in their life?

This game started development as a school project at Champlain College for our Production II class. Yolk was created by a team made up of 10 individuals. As a team, we decided to continue the development of Yolk during the summer. We spent our time polishing the game and improving mechanics we didn't have time to add during our semester. With this demo, we hoped to create a fun and interactive environment for players to see what we would like to do with Yolk in the future.

And still, currently Yolk is not a finished product. This build shows off our movement mechanics, the overall art, vibe, and sound of the game, and in the end, a glimpse of what Yolk COULD be. We want to possibly do more with this in the future, but with summer internships and COVID-19 causing development to slow at times, it wasn't possible to do in a summer. With that said, if you come across bugs or any glitchy moments, we know, we just didn't have enough time to fix them all. But honestly if you find any repeatable bugs or something absolutely game breaking, let us know in the comments!

The game runs on Windows and Mac. We've also included a downloadable pdf of the narrative written for the first bit of the game.

We HIGHLY recommend that you play with a controller. (ps4 or xbox)

ps if you play the game or draw fan art or even think about this game... let us know on twitter at @wild_village

This game was made by:

Unzip the file, run the .exe, and explore the leafy jungles of Yolk!

Amazing game dev :D i hope you enjoy my gameplay

This game is so pretty. Moving, jumping and gliding all feel really good. Ran into a couple minor glitches but none of them hindered progress too much so good job managing that. Really felt like I was playing a classic 3d platformer. I know you guys are moving on to senior capstone so this is likely the last we'll see of yolk, but this is such a solid foundation to build a game upon. Great work! 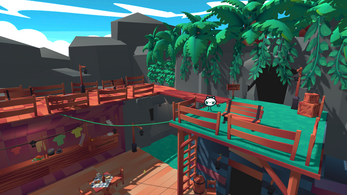 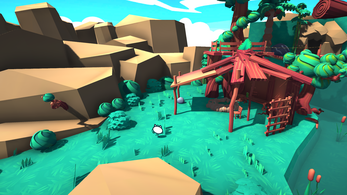 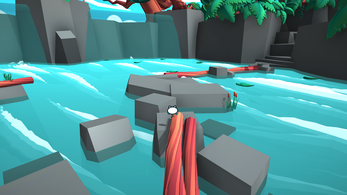 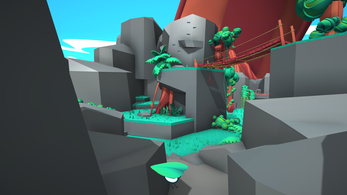 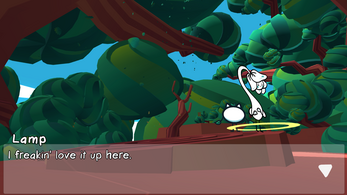